Star, 2 Sep 1872
The FRIEDEBURG from Hamburg. This fine iron ship, commanded by Captain E. Kopper, arrived and anchored off the Heads on Friday afternoon. On Saturday morning, the s.s.Gazelle, having on board the Health Officer (Dr Donald), Mr R. J. S. Harman (Deputy-Superintendent), Captain Gibson, Dr Rouse and Mr J. E. March, Commissioners, Dr Haast, Mr Ruddenklau, and Mr Monson - who went down as interpreters - left the wharf, and proceeded down to the vessel, which was then under weigh some three miles outside the Heads and, on going alongside, the usual questions were asked and there having been no sickness on board, the vessel was at once declared clear. On going on board, everything was found to be scrupulously clean and the accommodation for the passengers excellent. The immigrants are mostly Scandinavian's and Poles, with about a dozen German families. They comprise 61 single women and 34 single men, the rest being married people and children. Six children were born on the passage; one child (11 months old), died on July 13. The peculiar feature in this ship is her spacious 'tween decks, which measure 8ft 6in from floor to beam. The sleeping accommodation is very roomy. The cubic space thus set apart has ensured proper ventilation and made the health of the passengers remarkably good and as we have said, no serious cases of illness have occurred.

The ship was built by Messrs Stephens and Son of Glasgow and belongs to Messrs R. M. Sloman and Co. of Hamburg, the well-known ship-owners there, who for half a century have almost exclusively shipped immigrants from that port to America and lately to Queensland. They have a fleet of 18 ships specially built for immigration purposes, of these the Friedeburg is a worthy specimen. The passengers looked very healthy and are in good spirits. Dr J. D. L. Temple is the Surgeon Superintendent and it is owing to his care and excellent management that the immigrants have come out so well. The usual inspection was made by the commissioners and also by the Deputy Superintendent and with the exception of a slight complaint about the water during a portion of the voyage, but which was remedied, there was nothing to complain about. A distilling apparatus would be a great advantage to vessels of this class. As soon as the immigrants are landed the Friedeburg will sail for Java thence to Hamburg and will bring out more emigrants. The s.s.Gazelle took the ship in tow and brought her up to an anchorage off the town. A large number of foreigners visited the ship yesterday. The following is Captain Kopper's report of the voyage:— The Friedeburg sailed from Hamburg on May 21st, passed the Lizards on June the 1st; crossed the line on June 23rd, but was detained by calms at Fernando Norunha for three days; got the S.E. trades from the 8. by E.; had to stay several times on the coast of Brazil until past the Abruhas Shoals; passed the longitude of the Cape on July 21st in 45deg. S.; passed the Crozettes on July 30th and Tasmania August 19th; eastings were ran down in 48deg to 50deg; then had light variable winds to sighting the Snares on Aug 26th; thence had variable winds, with rain and fog, until Aug 30th at 9.am., on that day Banks Peninsula was made, Godley Heads same day and at 4 p.m. dropped anchor, making the passage from the Lizards in 90 days.

The ship is admirably adapted for the conveyance of immigrants and is superior in many respects to the vessels that come from London. The height between decks is 8ft and 6ft, the ventilation is good, but there is an insufficiency of light in all the compartments. Captain Kopper has made one trip to Queensland in the Friedeburg with 300 immigrants and he is highly spoken of by those who have now readied Canterbury under his charge. The surgeon-superintendent, Dr D. L. Temple, who speaks German very fluently and Danish moderately well, deserves to be complimented upon the healthy condition in which so many persons have reached their destination. The immigrants will disembark at noon today and will be conveyed by special train to Addington. The Barracks will be open to employers on Thursday. We are informed that at the Immigration Barracks no fewer than 90 applications for domestic servants have been received. Mr March has remained on board the ship since Saturday and will not leave until the disembarkation is completed. Messrs Ruddenklau and Monson will act as interpreters during the stay of the immigrants at the Barracks.

NOTES
* The name spelling of these early settlers is as found from various sources, with variations in brackets.
* I have calculated ages from age at death and this can conflict with age on passenger info

JAKOCHOWSKI
Jakochowski, Jakochowski, Sackohowski
* Karolina 'Caroline' age 19 (1853-1901)
. Caroline married (widower) William Dow (1817-1891) in Christchurch 10 Nov 1876 & had 7 children. She was widowed when the youngest was 13 months old and next married Aaron Kirk 21 March 1892 & had another 2 children. She died in Karewarewa, leaving 8 children and is buried at Rangiwahia 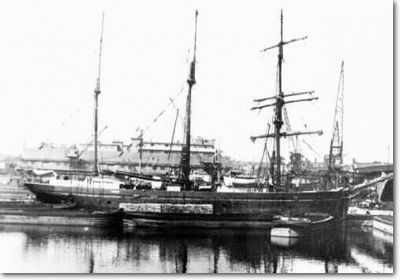