... 2
1887 - 1925 Elsie May Patchett
- Elsie married Harold James REEVES in 1910
Marlborough Express, 5 January 1910 Wesley Church was the scene of a wedding this aftermoon when the officiating minister was the Rev T. R. Richards. Miss Elsie May Patchett, eldest surviving daughter of Mr Wm. Patchett, of South Street, was wedded to Mr Harold James Reeves, second son of Mr Charles Reeves, of Upper Spring Creek.
The bride was given away by her father. Her dress was of cream taffeta, trimmed with cream silk muslin and white silk, and was made in Empire style, with train. She carried a bouquet of Christmas lilies, white everlasting sweet peas and asparagus fern, and also wore a veil and orange blossom. The bridesmaids were three in number - Misses Maud Hurford, Grace Patchett and Annie Reeves. Miss Hurford was attired in white silk muslin, trimmed with Valenciennes lace insertion and white silk, with white hat and pink roses; carrying also a bouquet of white sweet peas. The two other maids were dressed in pink silk muslin, with hats to match and carried bouquets of pink and white sweet peas.
The bride's travelling costume was of Saxe-blue material, tailor-made and hat to match. The best man was Mr Frank Patchett, brother of the bride. The bridesmaids each received from the bridegroom of a gold pendant.
After the wedding a reception was held at Wesley Hall

... 3
1889 - 1975 Frank Ernest Patchett
- Frank was a tailot and mercer in Blenheim
- he married Beatrice Maude HURFORD (1891-1974) in 1912
Marlborough Express, 27 September 1912 A pretty choral wedding took place at the Methodist Church on Wednesday last, when Miss Maud Beatrice Hurford, youngest daughter of the late Mr Thoms. Hurford, Brightwater, Nelson, was married to Mr Frank Ernest Patchett, eldest son of Mr W. Patchett, of Blenheim. The bride's dress was of silk taffeta, relieved with silk and guipure lace, and she wore a beautiful hand-embroidered veil. She carried a bouquet of clematis, fressias, and maidenhair fern. The bridesmaids, Miss Ivy Thomas (chief) and Miss Grace Patchett, both wore cream radianta dresses trimmed with silk ruching and net, and sunshine hats trimmed with rosettes of violets. They carried bouquets of mauve anemones and maidenhair fern.
The bride was given away by her stepfather, Mr Henry Jellyman. Mr R. Fulton acted as best man, and Mr A. Patchett as groomsman.
As the bridal couple were leaving the church Miss Edna Reeves, a niece of the bridegroom. presented the bride with a floral horseshoe. Mrs Jellyman and Mrs Patchett each wore navy tailor-made costumes and black hats, and carried bouquets of mauve hyacinths.
After the ceremony afternoon tea was provided at the residence of the bride's parents, Springland.
Among the presents, which were numerous and handsome, were several cheques.
The bridegroom's presents to the bridesmaids were gold brooches set with pearls.
The happy couple motored to Nelson, where the honeymoon will be spent. The bride's travelling dress was a cream tailor-made, trimmed with black silk and she wore a black hat with white plumes
FRANK died 14 June 1975 aged 86 & buried Plot 13, Block 7 at Omaka with Leila PearL (1913-1989) & Ronald Henry (1914-1995) EDLIN

... 5
1892 - 1918 Archibald 'Archie' Patchett
- Archie enlisted for war from 52 South Street, Blenheim in 1914
Wanganui Chronicle, 7 December 1918 On the 5th instant, at Wanganui Hospital, Archie, beloved husband of Lily Patchett; aged 26 years. Friends are informed the Funeral will leave the Wanganui Hospital on Sunday at 9 a.m., for the Aramoho Cemetery
Colonist, 17 December 1918 The death has occurred at Wanganui of Mr Archie Patchett, second son of Mr W. Patchett, Blenheim, as the result of pneumonia following influenza. The deceased was 27 years of age and he was well known in Blenheim. Departing with the Marlborough mounted draft of the Main Body, he served with the New Zealand Division on Gallipoli, whence he was invalided to England and ultimately to New Zealand in June of last year. The late Mr Patchett was married only four months ago
Auckland Star, 23 December 1939 On December 19, 1939, at the Filendly Road (?), by T. T. Garland, Jean, youngest daughter of Mr and Mrs Joseph Carr, 6 Shaddock street, Mount Eden, Auckland, to Archie, only son of Mrs and the late Archie Patchett, of Blenheim

... 11
1906 - 1985 Shirley Horace Patchett
Evening Post, 27 June 1941 An assurance that his client had no "peculiar ideas" on the subject of warfare, and that he was willing to perform any duty that his country called upon him to fulfil, was given by Mr J. A. Scott in the Magistrate's Court today, when appearing on behalf of Shirley Horace Patchett, a cabinet maker, who pleaded guilty to failing to enrol for military service. Sub-Inspector L. R. Capp said that the defendant signed an application for enrolment on June 17 last, and had stated that some of his friends had told him that as he was not liable for income tax he did not need to make a social security return.
Evening Post, 1 August 1941 MILITARY SERVICE Cases before the Appeal Board - An extension of time was sought by Shirley Horace Patchett, cabinet maker, who said he wanted time to realise an investment of ?150 he had put into a concert-party and from which he had had no return. The appeal was dismissed subject to the appellant not being called before October 1
SHIRLEY died 13 March 1985 aged 79 & buried Plot 10. Row 1. Block 1, RSA Ashes at Fairhall cemetery 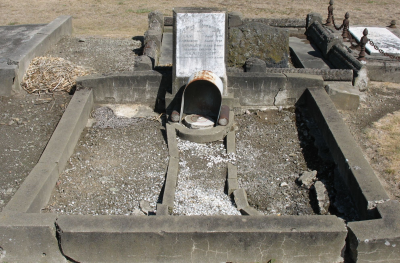