they had 2 children in England then on 24 Sep 1856 they left Liverpool on the ill-fated OLIVER LANG
.. The Oliver Lang was built in Quebec and on her maiden voyage to Liverpool was wrecked at Bantry Bay in southern Ireland. It was got off and repaired and sailed to New Zealand as above. There are two stories of what happened next but either way, once she had reached New Zealand safely she was once again wrecked (maybe blown ashore by a squall), she was then condemned and remained there until she broke up.

After farming at Waiwhetu, near Lower Hutt, at some time Frederick and his family moved north to the Wairarapa where he once again farmed after clearing land from the bush in Carterton - his last 3 children were born there. Later they moved further north to the Manawatu.
He died 25 years before Mary
they are buried together in Ashhurst

23 Dec 1903 - The remains of the late Frederick Williscroft were interred in the Ashhurst cemetery on Monday afternoon. Many residents paid their last respects by following the remains to the graveside. An impressive burial service was conducted by the Rev. Woodward, both in the Church of England and at the graveside. Deceased, who had reached the ripe ofd age of 74 years, was a native of Staffordshire, England, and had resided in the colony for close on 50 years and he was well-known as one of the early settlers in the Wairarapa. He leaves a wife and grown-up family of ten, with whom much sympathy is felt. 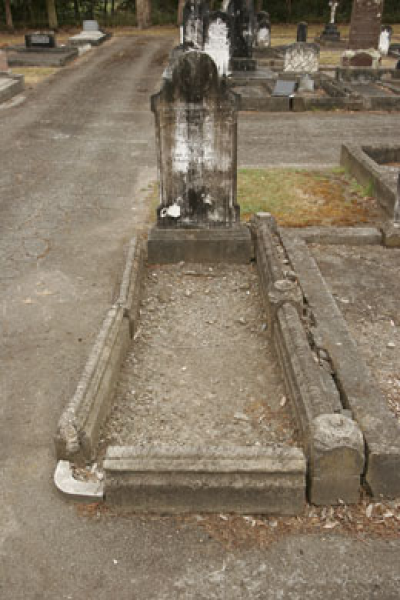