the 'residents' of MOUNT STREET CEMETERY, Wellington from 1841 ... F names

the Roman Catholic MOUNT STREET CEMETERY is a protected heritage site in Wellington, New Zealand (click link for more). It was the first cemetery in Wellington for Catholic burials and contains the graves of the first nuns and priests in Wellington. It remained open until 1891 although burials continued in existing family plots until 1954. The earliest surviving grave marker dates from 1851, and the latest from 1954. Although only around 200 headstones survive, it is estimated that there could have been as many as 1150 burials. Many of the early markers were simple wooden crosses, which have long since vanished

the 'Residents' of MOUNT STREET Cemetery, Wellington (as at May 2012)
- anything in italics is my addition
- dates may be of death OR burial

FINNERTY, Edward John - 23 Dec 1891 aged 2.1
24 Dec 1891 A child named Edward J. Finnerty, two years and one month old, and a son of Jeremiah Finnerty, labourer, of Lewisville road, Thorndon, died suddenly about half-past 3 o'clock yesterday morning. The boy was seized with an illness about 2 o'clock, and Dr Cahill was sent for, but his skill did not avail, and the little sufferer died as above stated. The doctor having certified that the cause of death was acute diarrhoea, the Coroner, to whom the matter was reported by the police, has decided that two other children of the same family are ill with the same serious complaint

FINUCANE, James Perry - 22 Aug 1882 aged 45
- born 1837
- married Mary O'Neill (below) in 1863
- in 1865 he was fined 5s, and 6s expenses, for leaving his horse and dray standing on Shakespeare-road unattended
- in July 1870 James was a 'householder in the city of Wellington' when he signed his name to a petition:
... To His Excellency Sir George Ferguson Bowen, Knight Grand Cross of the most Distinguished Order of Saint Michael and Saint George, Governor and Commander-in-Chief in and over her Majesty's Colony of New Zealand and its Dependencies, and Vice-Admiral of the same, &c., &c. The humble Petition of the undersigned Ratepayer of the City of Wellington showeth that your Petitioners are desirous that the City of Wellington should be constitiuted a Borough under an Act of the General Assembly of New Zealand, date 10th October 1867, and being 31 Vict., No 24 intituled "An Act to provide for the establishment of Municpal Corporation" and that the boundaries of the City of Wellington, for the purposes of this Petition, should be the same as the limits thereof are settled and described in the Plan of the Town of Wellington, Port Nicholson, annexed to a certain Crown Grant of the New Zealand Company dated the 27th day of January 1848, under the Seal of the Colony, and under the hand of Sir George Grey, the then Governor-in-Chief of the Colony, and which Crown Grant was registered at Wellington, the 19th date of June, 1850 No 204; and also such portions of te Harbor of Wellington as are comprised in a certain Crown Grant thereof, dated the 16th day of October, 1855; and also the Town Belt, the Canal and Basin and the Public Reserves belonging to the said City of the Wellington.
That the said City of Wellington has been, or is reputed to have been, incorporated by an Act of the Provincial Council of Wellington, Session 14, No 9, intituled "An Act to Incorporate the Board of Works for the City of Wellington, and for other purposes"
Your Petitioners therefore humbly pray that your Excellency will be pleased to constitute the City of Wellington a Borough, under the provisions of the said Act of the General Asembly of New Zealand, to be bounded as hereinbefore set forth ...
- in 1880 (at least) he was living in a two-storey house in Wingfield-street (Thorndon)

FITZGERALD, Eliza Sarah (nee CHRISTIAN) - 4 April 1852 aged 30
- born in 1822, the youngest daughter of Thomas Christian, a Dubin Solicitor, she arrived in Wellington on 7 Nov 1842, on the George Fyfe. Also on board, as Cabin Passengers like herself, were Thomas Henry and Emily Fitzgerald, siblings of Dr John Patrick Fitzgerald (1813-1895), the Colonial Surgeon at Wellington and whom, 7 days after her arrival (14 Nov 1842) Eliza married. In 1845 John was appointed surgeon to the Wellington Militia, and on 15 September 1847 became the superintendent of Wellington's public hospital, a two-storeyed building accommodating 16 patients. He was obliged to provide assistance to 'the jail, the police, the natives, pauper Europeans, and in fact all to whom the government may be desirous of affording medical attendance'
- Eliza and John had 4 children. When their youngest child, Elizabeth, was only a month old Eliza died. John returned to Ireland with the children. He later moved to King Williams town, South Africa where his friend Governor George Grey had provided a site for a hospital. He worked there for over 30 years until he retired in Ireland and died there in 1895 aged 82

FLAHIVE, Jeremiah - 21 Aug 1883 aged 24
23 Aug 1883 The Funeral of the late JEREMIAH FLAHIVE will leave the residence of Mr Michael Stack, Lorne-street TO-MORROW (Friday), the 24th, at a quarterpast 3 p.m. Friends are respectfully invited to attend.

FLANAGAN, Patrick - 13 Dec 1874 aged 29
14 Dec 1874 We regret to notice the death of Mr P. Flanagan, well known as the managing clerk from Messrs Hart and Buckley (Barristers & Solicitors) and highly popular as a genial and pleasant companion. Some few months ago Mr Flanagan was seized with a severe cold, which settled on his lungs and developed the seeds of consumption, of which disease he died yesterday. He had for some weeks been conscious of his approaching end. Mr Flanagan was a member of the Artillery Volunteers, and will be buried with military honours to-morrow afternoon.
16 Dec 1874 The remains of the late Mr Patrick Flanagan were interred in the Roman Catholic Cemetery yesterday afternoon with military honors, the deceased having been a gunner in the Wellington Artillery Volunteer Corps. The fine band of corps preceeded the cortege playing the usual dirges. Mr Flanagan's loss will be much felt among the cricketing fraternity as he was a good bowler, and in the celebrated Auckland match very nearly turned the fortunes of the day by his successful efforts in the direction in the Auckland second innings. He was put on as a "change" and his first ball separated Mumford and,Yates who had held the wickets for above an hour. He also took three other wickets.

FRANDI, John Minola - 21 May 1887 aged 14 months
- youngest son of Aristodemo/Aristedemo FRANDI (1833-1919) & Annunziata Guistina FABBRUCCI (1841-1920)
28 July 1919 On the 28th July, 1919, at Fern Glen, 16 Murphy-street (Thorndon) (the residence of his daughter, Italia Corich), Aristodemo, beloved husband of Annunziatia Frandi, and the father of the late Captain Frandi, in his 87th year
1 Aug 1919 The death is reported from Wellington of Mr Aristodemo Frandi, at the age of 86 years. deceased was a prominent follower of Garabaldi and took an active part in various battles in Italy. He received promotion to the rank of Major, in which capacity he acted until the engagements in 1866. Keenly interested in political matters, he edited for some time an Italian journal. Coming to New Zealand with his wife and family 44 years ago, he was one of the original founders of the Garabaldi Club
In May 1915 a son, Ateo/Altea Guisto Leale Frandi, born in Piza, Italy 4 May 1873, was Killed In Action at Daisy Patch, Gallipoli, Turkey. He served as Captain 10/1169 with the Wellington Infantry Battalion, 2nd Renforcements. His mother was his next of kin then living at Wingfield street, Thorndon, Wellington. He enlisted from 16 Murphy street.
* Another son, Alfred Joseph Frandi also served, as Driver 2/457 with the Field Artillery. His next of kin was his sister Italia Corick at Wingfield street, Wellington. He also enlisted from 16 Murphy street
* Another son, Antonio Raffaello Frandi served, as Lance Corporal 23/426 with the 1st Battalion, New Zealand Rifle Brigade, B Company. His next of kin was his wife, *Yolande Frandi of 17 Adelaide road, Wellington
*he married Yolande Blanche Olive CORNELIUS in 1910

FROST, John - 25 Jan 1907 aged 85
- born 1821
28 January 1907 Mr John Frost, an old resident of Wellington who arrived here in 1875, died on Friday evening. Deceased was born in County Clare, Ireland on 1st February 1821. He is survived by three sons and three daughters
28 Jan 1907 Mr John Frost, a native of County Limerick, Ireland but for a great number of years sexton of the Roman Catholic Cemetery, Mount-street, Wellington died on Thursday last at the age of eighty-six years. There was a large attendance at the funeral yesterday, the Rev Father Kimbell officiating at the graveside
31 Jan 1907Mr John Frost, one of our oldest parishioners, died at his residence, Hopper street (Mount Cook) , on Friday. He was born in County Clare 85 years ago, and has resided in Wellington for the last thirty-one years. He was a man of great religious fervor, and highly respected. A family of three sons and three daughter is left to mourn their loss. R.I.P. 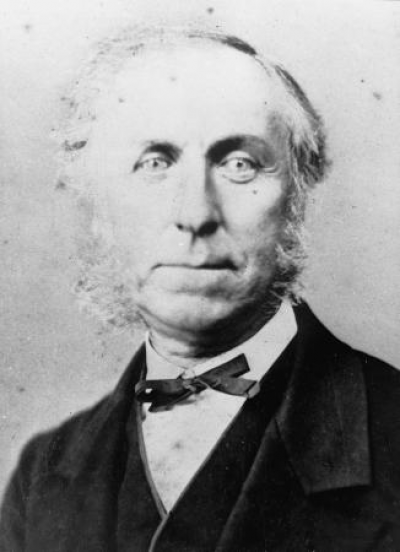